When I used to have a cat, the one thing that I absolutely hated was cleaning out the litter box. It was the worst thing about owning a cat. When I heard about the ScoopFree Self Cleaning Litter Box from Petsafe, I knew it was the answer to every cat owner’s dreams! 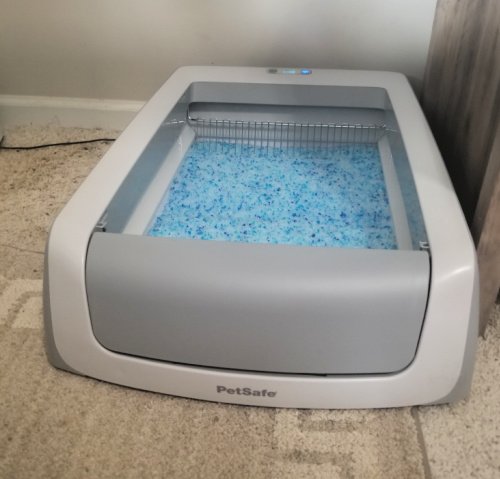 I was asked to do a review for Petsafe in exchange for compensation. All opinions are 100% my own.

I am a former cat owner, my cat passed a few years ago, but when I was asked to do a ScoopFree Self Cleaning Litter Box review, I knew just the person to put this to the test….my brother. He is a cat dad with 8 cats. That’s right EIGHT cats!!! I knew that he would be the perfect person to try this out and give me an honest opinion.

Setting Up the Litter Box 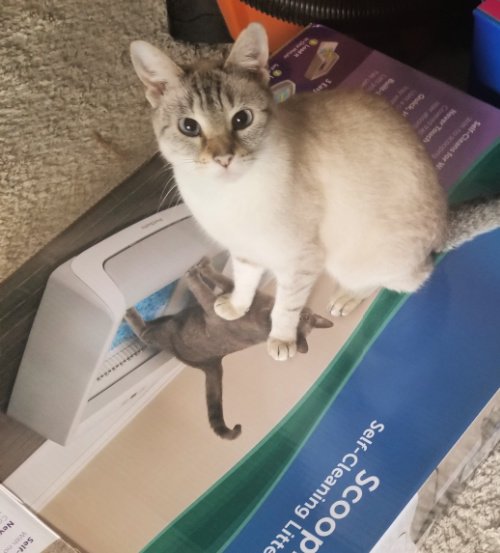 Setting up the ScoopFree Litter box was very simple! All we had to do was plug it in, place the tray in, and add the crystals to the tray. That was pretty much it! It took all of five minutes to set up. The cats were very interested in the box! 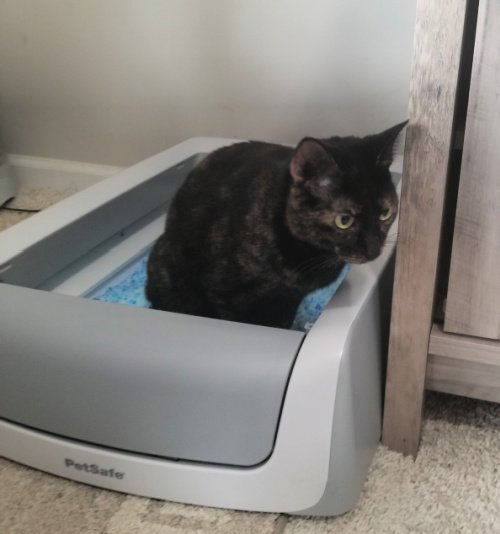 I wasn’t sure how the cats would take to it but 3 out of the 8 cats used it during the thirty minutes that I was there. They weren’t afraid of the rake or the cleaning cycles at all. The cleaning cycles are very quiet, I honestly didn’t even notice once it started happening. 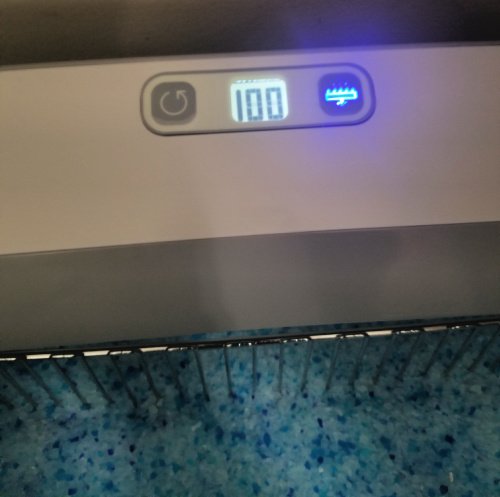 I love how the litter box keeps track of how many uses it goes through so you will know when to change out the litter tray. This is important if you have multiple cats. The tray will last about a month with a single cat so you will have to change it out more often if you have more than one cat.

I checked in with my brother a couple of weeks later and he loves the ScoopFree Litter Box. He is going to buy another one to have in a separate room. He said it is definitely worth the money and saves him so much time.  He only has to clean out the waste trap once a week and doesn’t have to scoop litter at all, comparing to having to scoop several times a day with his other litter boxes. He also said that the smell in his house has gotten a lot better, too. Once he is able to replace all of his litter boxes with ScoopFree Litter boxes the smells should be gone for good! 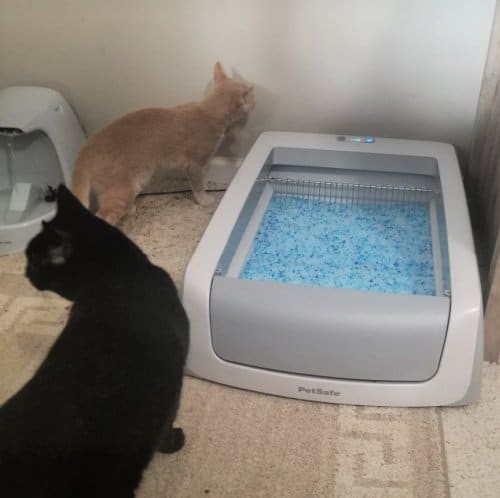 Will the ScoopFree Litter Box Save You Money?

We tried to figure out if the ScoopFree Litter Box would save my brother money in the long run since he won’t have to buy regular cat litter so often. You do have to replace the litter trays with the ScoopFree Disposable Crystal Litter Trays. They come in different varieties but start around $18 per tray if you buy a 6 pack.

Since one tray should last you around one month, you will be spending about $18-$20 a month on the crystal litter if you only have one cat.

We figured with the amount of cats my brother has, he would be breaking even or maybe spending a bit more on the crystal litter trays than he would on regular cat litter.

He said that it was worth it though. He would much rather not have to clean out the litter boxes every single day and keep the odors to a minimum. To him it saves him a lot of time which is worth the money. 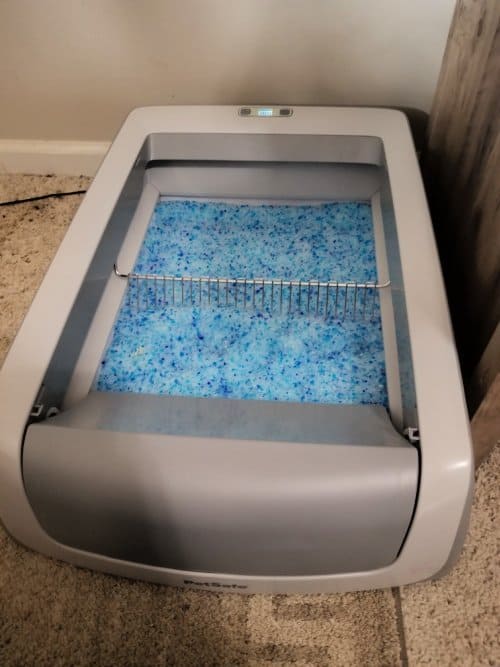