Home » Parenting » Toddler » How to Get Rid of the Pacifier: What Finally Worked for Us

I was so scared to take away my daughter’s pacifier. I think it was more traumatic for me then it was for her but we finally got rid of the pacifier once and for all!

I wanted to share what worked for us in case you were struggling with this issue as well.

My little girl was so attached to her pacifier. I knew it was going to be difficult to wean her off of it. I never wanted to give her a pacifier in the first place but she had a strong sucking instinct. It was the only thing that would soothe her.

She had colic for about 5 months and if there was anything I could do to make her feel better, I was going to do it!

Since she was so attached to her pacifier, I knew that it was going to be difficult to take it away. I had to prepare myself mentally for the late nights that were going to happen.

She would always sleep with her pacifier. I knew nights were going to be the worst.

How We Were Able to Get Rid of the Pacifier

I did a lot of research about all the ways people get rid of the pacifier and I know that every child is different. 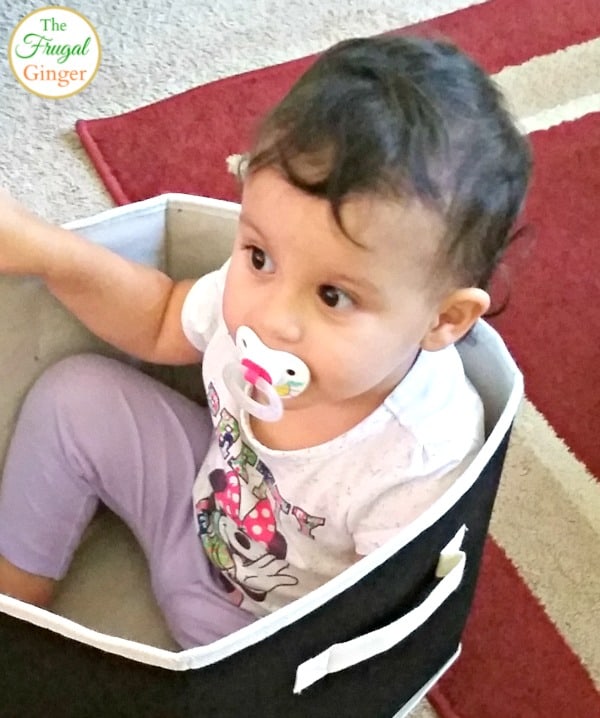 I figured I would try the cold turkey method and just take it away at once. I took it away and every time she would ask for her “paci” I told her that she was a big girl and didn’t need it anymore.

I would then change the subject and try to get her mind off of it.

I played her favorite show, I’d give her a little snack, I’d play with her or read a book. Anything to get her mind off of the pacifier.

We did have a couple of meltdowns. They honestly weren’t as bad as I thought they would be. It took about 3 days but we finally had a day where she didn’t even ask for it!

How to Get Rid of the Pacifier at Night

Like I thought, nights were the hardest. I knew that she would need something to help her fall asleep. I know that the other way she soothes herself is by holding on to my hair.

I let her fall asleep in my bed so that she could hold onto my hair and she fell asleep rather easily. I then carried her to her room and she would sleep there.

I did this for about a week until she was really over the pacifier. Then we let her fall asleep in her crib again. I think the fact that she had a different way to soothe herself at night really made the transition from the pacifier easier.

If your child has a favorite blanket or stuffed animal, I would recommend using those too.

It has been about a month since we were able to get rid of the pacifier and she will still ask for it occasionally. I try not to let her see another baby or toddler with one.

I think that it was actually a lot easier than I expected it to be. I think it is just harder on us as parents. Having to listen to them cry and it just breaks our hearts.

This is what worked for us, but I know that you may need another method. I found some adorable children’s books about giving up the pacifier. They may help prepare your little one for when they need to give it up (affiliate links).

Pacifiers Are Not Forever

You know what is best for your child. I took my daughter’s pacifier away because she was turning two. I thought that was long enough to have one.

I also thought that it was affecting her teeth. If she takes after me, she will have enough crooked teeth to deal with :).

Did you have success taking away your child’s pacifier? I would love to hear what worked for you. 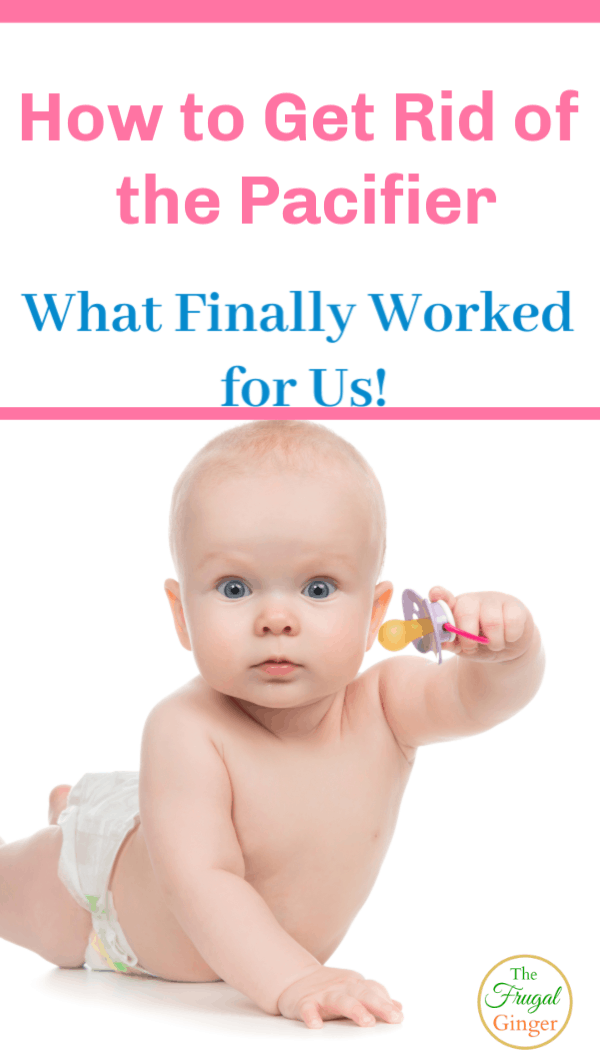