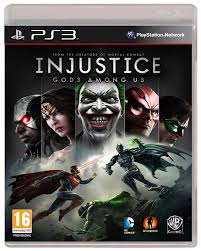 Here is a description about the game:

What if our greatest heroes became our greatest threat ? Injustice: Gods Among Us debuts as a bold new fighting game franchise that introduces a deep, original story featuring favorite DC Comics icons such as Batman, Superman, Wonder Woman, The Flash, Harley Quinn, Solomon Grundy and others. Set in a world where the lines between good and evil are is blurred, players will experience heroes and villains engaging in epic battles on a massive scale.

It has received a lot of 4 and 5 star reviews. This could make a great Father’s Day gift. This deal is only good for today so don’t wait.