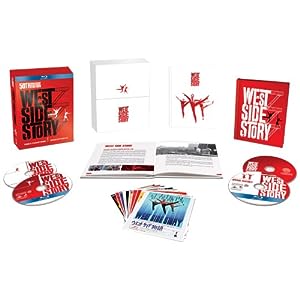 Amazon has a great deal on a classic movie today only. You can get West Side Story: 50th Anniversary Edition Box Set [Blu-ray] for only $25 (reg. $69.99). This box set includes tons of special features, a tribute CD, hardcover book, theatrical posters, and more. Based on a smash Broadway play updating Shakespeare’s Romeo and Juliet to the 1950s era of juvenile delinquency, the film stars Natalie Wood and Richard Beymer as the star-crossed lovers.