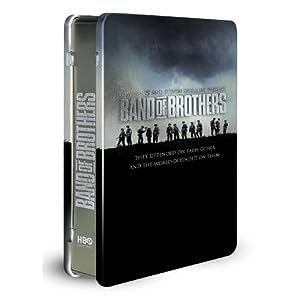 Now, I don’t really care for war movies but I absolutely loved Band of Brothers. If you haven’t seen it yet, you really should. It is so good! I haven’t seen The Pacific yet but it has a lot of 4 and 5 star reviews. Have you seen either one of these series? If so what did you think?